See ya Judgment and Expectations!

It’s time to build our confidence, trust our instincts and Do It Our Way

Motherhood is NOT a club to be left out of, feeling like you don’t belong

For too long motherhood has been defined for us by so many ‘shoulds’ and expectations by let’s face it, the patriarchy.  Look where we are,  trapped in the overwhelm of each other’s judgement based on all these stories of what we’ve been made to believe motherhood should look like.

There are too many “shoulds” in motherhood and parenting.  How a many times have you heard

Even when you weren’t asking for advice you just needed to vent.  But that’s allowed because we’re expected to have our shit together 24/7.

I see you, craving the confidence to own your parenting decisions.  Wishing you just didn’t care about what anyone thought.  There’s a voice telling you that birth doesn’t have to be a horror story, that motherhood doesn’t have to be one lifelong struggle giving up who you are to come bottom of the list.

What if Motherhood was on your terms?  From preparing for birth, informed and confident about your choices to parenting without people pleasing.

Get Other Mothers in Your Inbox

Look  I hear you it’s not the best name and probably evokes more ideas about what hypnobirthing isn’t rather than what it actually is!

Ask yourself this though,

Is it weird to want to be well informed about how your body actually works and what is going on during labour?

Is it weird to understand how what’s going on in your mind, quite often FEAR, can have a direct effect on how your body works?

Is it weird to find out the CHOICES and options you have in your pregnancy care and birth?

Is it weird to want to stack the odds in your favour of having a positive birth experience?

Is it weird to want to your partner prepared with techniques to effectively support you in labour and birth?

Available in person across the North East or online from anywhere!

Are you ready to Claim Your Confidence, Trust your instincts and Do it Your Way?

“My partner definitely wouldn't have been quite so well prepared if we hadn't done the class! The ability to stay calm when it suddenly started happening very fast! But also the techniques to support me during labour were invaluable!”
"I really really can't praise and thank hypnobirthing and your teaching enough though! I felt empowered and always believed I was capable! The midwife almost laughed when I said I'd enjoyed the experience!"
"Leilah was informative, calming and reassuring. Myself and my hubby felt we could ask her anything. I’m now much more calm and confident about welcoming our little one into the world - in whatever way nature decides - with the full knowledge that I have the tools to help me though"
"Leilah helped us so much with our hypnobirthing course and lots of pregnancy/birth and baby related questions we had. Would highly recommend her courses to anyone expecting - thank you xx"

My thoughts on all things pregnancy, parenting, motherhood and doing it your way.  If you would like to have a guest post featured drop me and email leilah@othermothers.co.uk 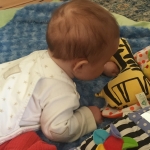 Why I hated baby groups

We arrive home with our newborn, the oxytocin high of birth wearing off and the reality of being entirely responsible… 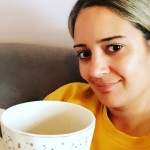 Posted on April 17, 2018November 16, 2020
by leilah moussa
Posted in birthmotherhoodparentingpregnancy

You CAN have a postitive birth experience!

If I can have positive birth experiences you can too! Hi everyone, A quick intro to who I am, what…

I’d love to hear from you! Whether you want to book into a Hypnobirthing class, a Birth or Parenting confidence session, or simply want to find out more about what I do, please fill out the form below or email me at leilah@othermothers.co.uk.

No products in the basket.